Every year the seabirds on Skomer are counted, and we are pleased to announce (despite losing at least a week to poor weather!) we have recently finished this year's count.

The seabirds we counted included: puffins, guillemots, kittiwakes, herring gulls, lesser black-backed gulls and great black backed gulls. We also carried out productivity and survival studies on most species to assess how well the breeding season has gone and how many birds have survived the winter. Razorbillls and fulmars were not included in the Whole Island Count as they were counted in 2016 as part of a two year rotation with guillemots. Manx shearwaters were not included in the Whole Island Count this time as they are surveyed every 10 years, although we carried out surveys at a subset of sites. This makes the count more manageable given the time frame and man power we have to carry out the census.

What did we find out? It looks like puffins are doing fantastically on Skomer, having increased from 22,539 individuals in 2016 to 25,227 this year (12% increase). This is an encouraging trend given that puffins have experienced rapid declines throughout their European range. 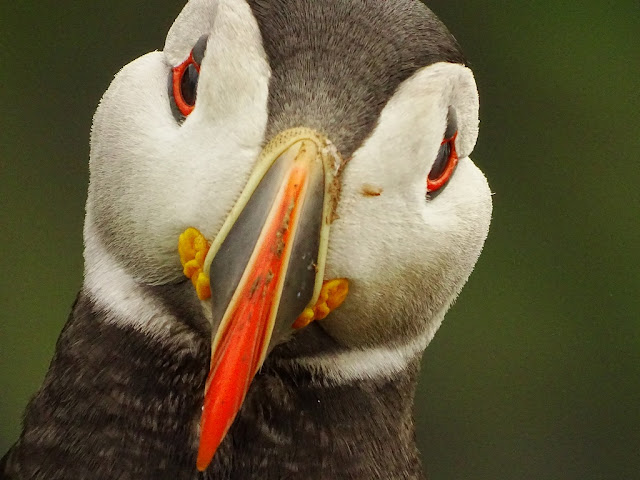 Guillemots are also doing well on Skomer with a 4% increase bringing the total up to around 24,665 individuals this year, compared with 23,746 in 2015. Although the global guillemot population is increasing, sharp declines in Iceland highlight the importance of monitoring these fascinating auks. 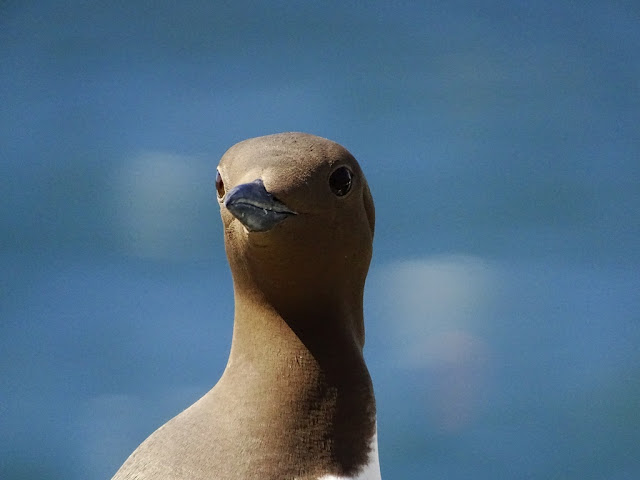 Kittiwakes, unfortunately, are not faring so well. This year we documented a 10% decline in kittiwake nests, leaving us with around 1,336 compared to 1,477 in 2016. These birds are declining throughout their range, with particularly sharp declines in Scotland which is a worrying trend for these charismatic seabirds. 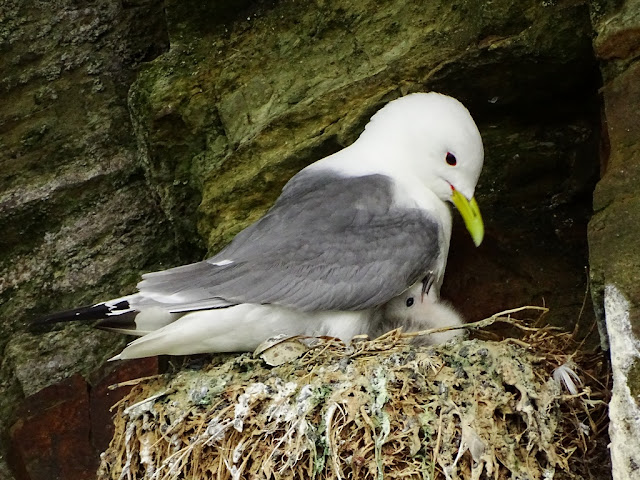 Great black-backed gulls have increased slightly, with 108 nests counted in 2016 and 120 this year. This suggests the population is continuing to recover after declines between 1960-1980.

Lesser black-backed gulls continue to decline on the island and, even though there is still some number crunching to do before the final whole island population estimate can be made, the decrease is obvious.

Interestingly, cormorants appear to have relocated themselves on the south eastern corner of Middleholm after decades of breeding on the Mew Stone. As a result there were no cormorants recorded on Skomer this year but seven nests found on Middleholm.

Skomer’s shags did a similar hop over to Middleholm in the 1980s. There used to be a largish colony at an area appropriately named Shag Hole Bay on the north side of the Neck but these moved to Middlehom over a period of years, leaving only a few birds still breeding on Skomer, now mostly around the Garland Stone. A total of five nests were found (four near the Garland Stone and one on the Mew Stone) which is one less than in 2016.

At the end of the year the results (including the survival and productivity studies) will be available in the “Seabird Monitoring on Skomer Island 2017” JNCC report on the Trusts website. The data will form part of a long term and ongoing data set which will enable us to document changes in seabird populations, understand the factors influencing population changes and most importantly, help us to manage the island for the benefit of the incredible seabirds that come to breed on Skomer.