The 2021 grey seal pupping season is nearly at an end. The beaches, once full of cute white balls and the eerie cry of seal pups, now look rather empty and forlorn.

Since August I have been monitoring our Skomer pups on a daily basis to establish how many are born, and how many survive.

Without having analysed the data yet, I would say that 2021 was a good breeding season for our seals. Usually, the bulk of pups are born at the end of September/beginning of October in weeks 38 and 39. However, this year we had an exceptionally early season - between the 6th and the 12th of September alone, 48 pups were born! These earlier-born pups probably profited from the more settled weather at the beginning of September, with only a few drowning or being washed off their beaches.

Grey Seal pups take around three weeks to moult, wean, and finally leave the island. This means that pup numbers build up from week to week. So, by the middle of September, we were monitoring up to 100 pups each day! This was very demanding on island staff and the seal project workers but thanks to a fantastic team we were just about able to keep up!

Like every year, there are lots of stories to tell. Some with happy endings and some without. Nature is beautiful and harsh at the same time, and I feel very privileged that I can see these life and death stories unfold before me.

For example, pup 133 was born on Matthew’s Wick on the 20th of September. At first it grew nicely, but then it was seen crawling around the beach calling and searching for its Mum. It looked as if it had been abandoned. 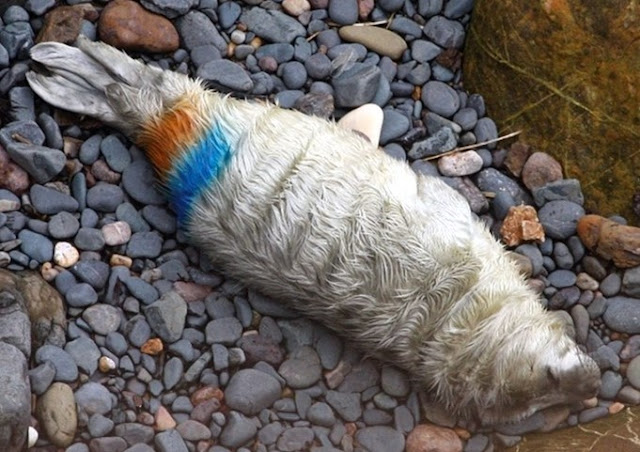 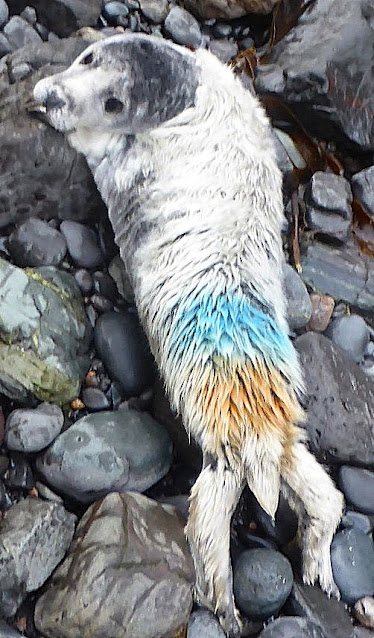 Pup 133, 16 days old  © Seal Project Officer
I assumed that it, sadly, wouldn’t survive. But, on the 12th of October, a female turned up on the beach. She was clearly looking for a pup, as she got into fights with other females who were guarding theirs. 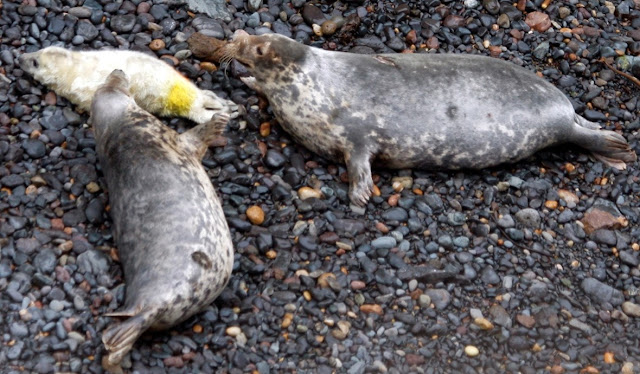 A female defending her pup  © Seal Project Officer
After some disagreements the female found pup 133, who was desperate for some attention, and the cow started to suckle it. 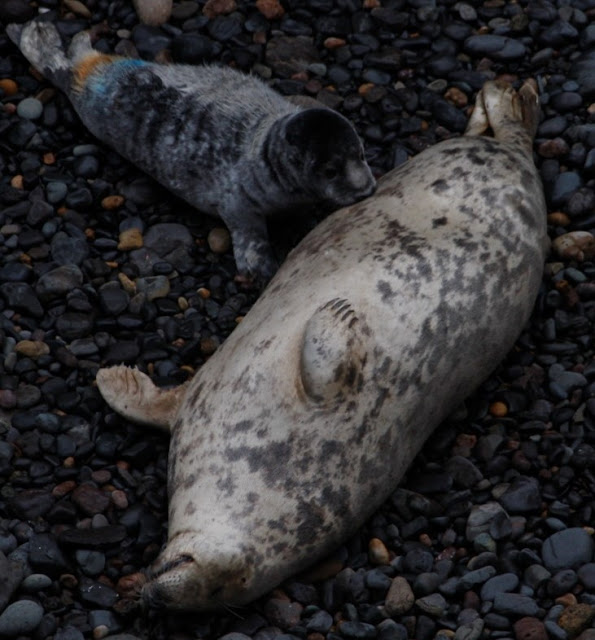 The nearly moulted pup is being suckled by the adoptive mum  © Seal Project Officer
The female had probably lost her own young, and pup 133 was lucky enough to get adopted by her. The two of them were seen several times more – the last time on the 24th of October. By then, the pup was a very good size, and 34 days old! Pups usually only get suckled for roughly 20 days, so it made up for the lost feeds! 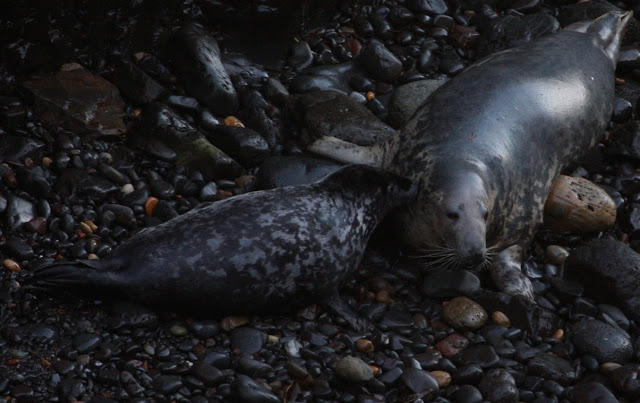 A very happy and healthy looking youngster © Seal Project Officer
And Lows: Rockfall at Matthew's Wick
A different pup on Matthew’s Wick wasn’t so lucky. Just a few days ago we had quite a large land slide, and this pup got hit by the falling rocks. 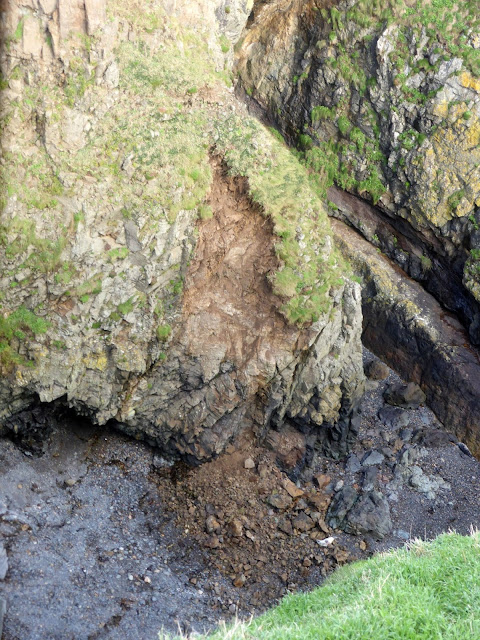 Rock fall at Matthew's Wick © Seal Project Officer
When I spotted it lying in between the debris I first thought it was dead. But then it moved! I bet it was rather sore, but seals are tough and can survive some nasty injuries so I do believe it will recover. 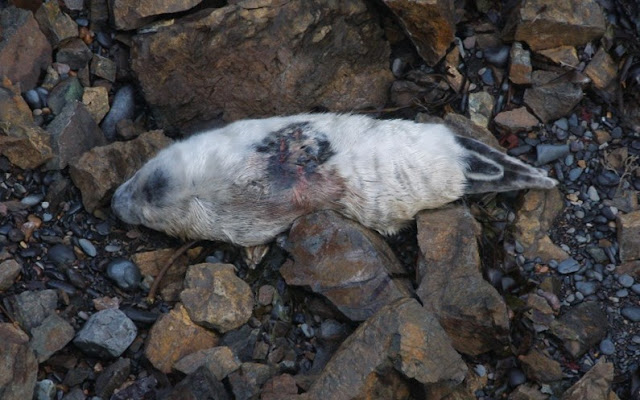 Injured pup at Matthew's Wick © Seal Project Officer
A series of wonderful seal photos
And then of course there were lots of other funny and beautiful encounters during the seal pupping season – I’ll let the pictures do the talking. 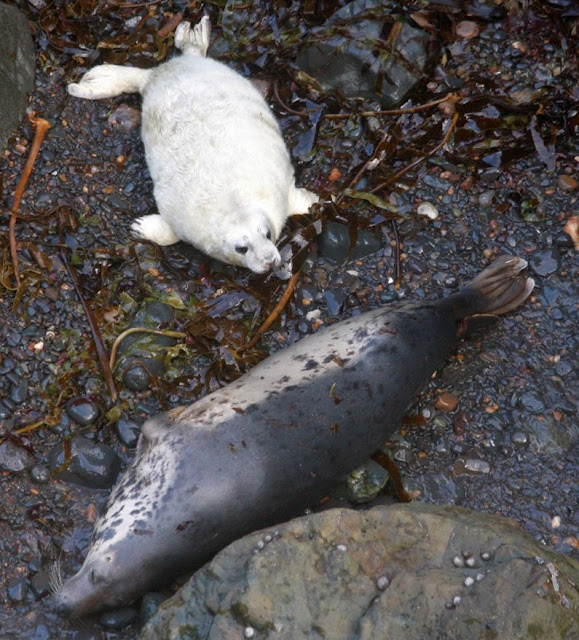 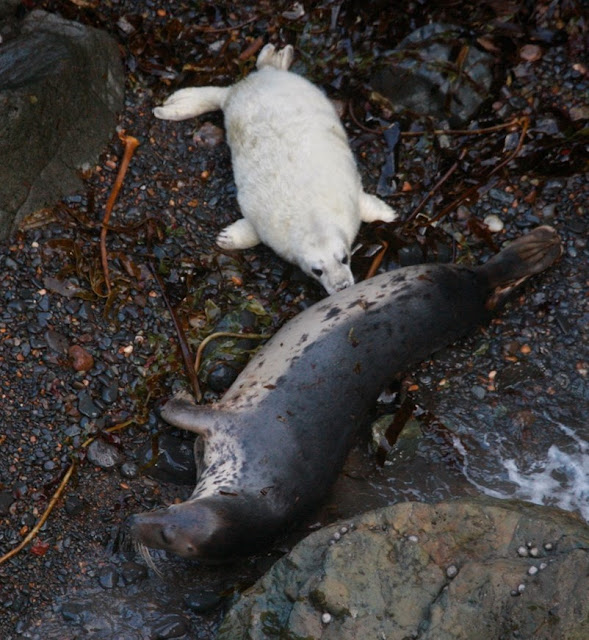 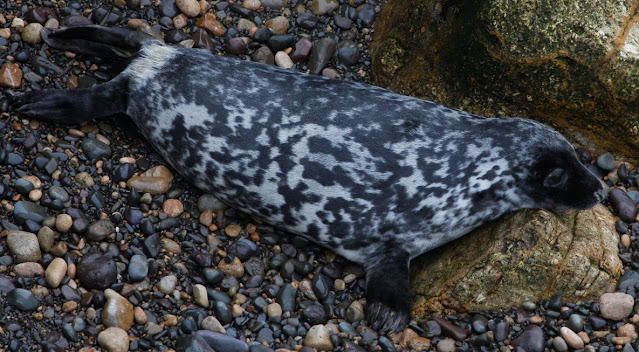 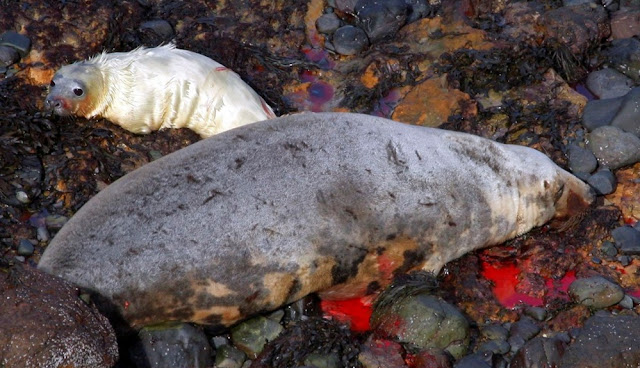 A just born pup with its mum © Seal Project Officer 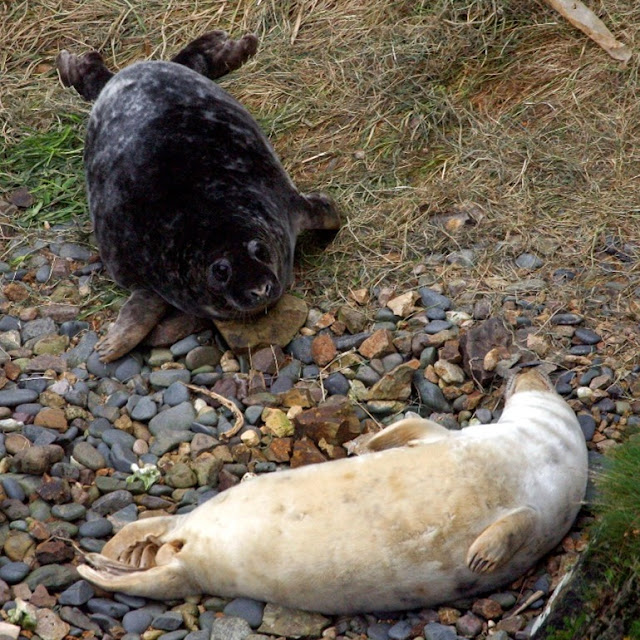 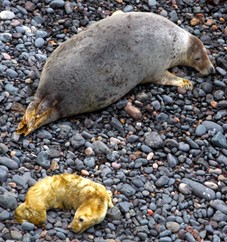